Would you like to let go of all the negative emotions stuck in your body?

Hadra, a spiritual trance dance, is an ancient tradition in North Africa, very popular in my home country Tunisia. 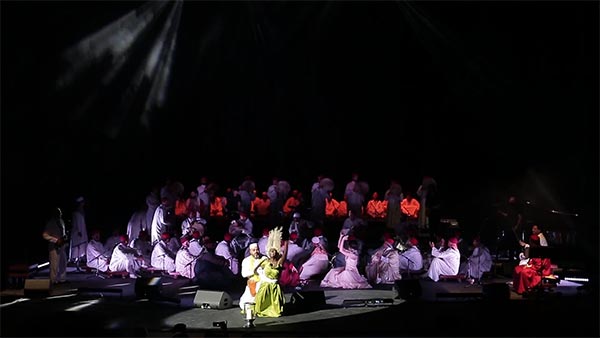 My father’s family was nomadic people who travelled through the African continent and settled down finally in Tunisia. They always lived in tents. They got their first ‘house’ in the late 50’s (it was more a clay hut than a house).

As a child, I went few times a year with my father’s family to nomadic camps in the desert. One of my vivid memories was the trance dance. That was WILD! There were live musicians who played certain classical trance pieces and the people, women and men, danced and danced and danced until they fell on the floor happy and exhausted!

The main function of these spiritual dances was emotional release. The idea was that to enter the realms of God and reach the Divine, one has to let go of the emotional burden that is keeping us stuck in drama and turmoil in the material world. With the Hadra, we cleanse our system from the emotional misery, low vibrations of shame, guilt, sorrow and fear. Then only, can we enter a space of happiness, joy and bliss!

People were free to do whatever they wanted when they entered the state of Trance. Even to tear their clothes off and dance naked! That was a surrealistic sight in a Muslim country where nudity in the public space is strictly forbidden!

When someone enters a state of trance, nobody should interfere, whatever they do, unless they hurt themselves. Only ‘interference’ you did if they would ‘get out of their mind and their clothes’ as we say in Tunisia was to take huge white sheets and make a circle around them to give them privacy and let them finish their trance. When they fell on the floor, in a state of exhaustion and bliss, we covered them with a sheet and put them on a matrass for a peaceful serene sleep. It was an amazing cleansing experience, for body and mind. One could thrive for months in that state of bliss… waiting for the next Hadra bliss…

Enjoy here below a Hadra ritual on stage in Tunisia, it’s a stage performance (when done in the privacy of a home it’s more intense, in all ways), but it gives you a little glimpse behind the veil…

And if you wish to taste more of it, I would love to initiate you to the Hadra ritual in my home country Tunisia, in the privacy and warmth of my Goddess retreats.

4 thoughts on “Would you like to let go of all the negative emotions stuck in your body?”