Kaouthar on #MeToo, #BalanceTonPorc, illusion, fantasy, play, sex-negotiations and The Art of SeductionBlog 1 of 3 – SEXUALITY AS NEW BATTLEFIELD, THE FRENCH LOVE FOR DISRUPTION AND ATHENA VS. APHRODITE

It may be 2018, but the fight for gender equality is as prominent as ever. No-one really knows anymore who’s more equal than the other. Though to me it seems men are on the losing side… 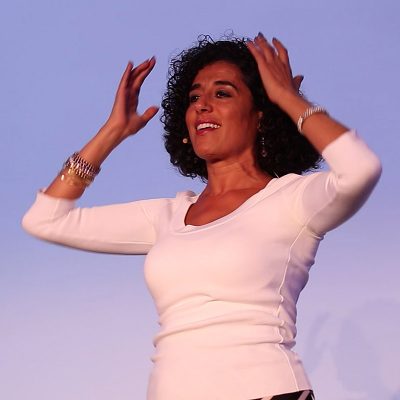 One of the latest turmoils in the midst of the #MeToo storm was the letter in Le Monde from the French grandes dames Catherine Deneuve, Catherine Millet, Anne-Elisabeth Moutet and 97 other high-profile writers, artists and academics who complained about: “…. destroying all the ambiguity and charm of relationships between men and women…”.

All the testimonies shared everywhere since the Weinstein affair have been about violence, fear, dread, and shame. Everywhere women have made it clear that they do not mistake consensual sexual relationships for the acts and insults they have been subjected to. Yet, these French ladies choose to disturb…

One of the arguments the writers make is that instead of empowering women, the #MeToo and #BalanceTonPorc movements serve the interests of “the enemies of sexual freedom, of religious extremists, of the worst reactionaries,” and of those who believe that women are “‘separate’ beings, children with the appearance of adults, demanding to be protected.”

The chilling, frigid reactions they’ve got after their letter..! ‘Stuck in the 1960s and 1970s’ was the least offensive. And whether all that hatred was necessary while they only tried to relativize the triumphantilism of the #MeToo and #BalanceTonPorc (Call Out Your Pig)-movements, by only wanting to ask questions, offering an alternative view of the campaign, asking a stop to useless naming and shaming. Still, these reactions show that the grandes dames haven’t exactly hit the nail on the head.

In their arguments in Le Monde you taste the mind-set; typical French, a bit rude, authoritative and strong perhaps, but also very much in the tradition to disturb, to question, to critique, to set ablaze the conflict between two libertés; the one that protects and the one that disrupts.

It makes you realize once more what has always distinguished the French feminism from the American and British: their attitude towards sex and towards men indeed have always allowed for far more grace, seduction, poetry, acumen and complexity. While the Americans are always so… so, well, plain desirous, political and ideological.

I think it’s true: in living, loving and sex, the French do know better.

It must have something to do with the fact that the French are the best lovers in the world and they themselves hardly see this as surprising… That in itself has many reasons: The French age of consent is 15 and their first time is not considered a big deal (but rather the first step in a career of pleasurable and memorable moments); the French know how to seduce; and the French know that the refinements of this game do ask that women are not treated like objects; furthermore the French are naturally confident with the opposite sex; they don’t obsess about pornography; they don’t get upset about nudity nor demand perfection from their partners’ bodies; the French are on a level of comfort meaning that making love is all about pleasure and having fun with a smile, rather than keeping the lights off and worrying about how large your underwear is.

Poetry, art, films and novels all wax lyrical about the French. Romantic weekends in the City of Light are a familiar refrain for everyone everywhere. And also when you don’t speak French you still know what the seducing advantages of les dîners en tête-à-tête are for.

But in politics, ideology and passing edicts about what is acceptable conduct it’s the Americans that take the cake. As they always know very well where to ‘draw the lines’ and are very strict about definitions, useful for the debate (but less for spiritual matters).

“We are French, we believe in grey areas. America is a different country. They do things in black and white and make very good computers. We don’t think human relationships should be treated like that”, according to the letter-writers.

And: “In America, love is mentioned almost only through hygienic terms. Sensuality is accepted only in a rational way, which is another way of refusing it.”
Well put, Ms. Moutet, but at the same time a bit black and white too, no?! Almost the pot calling the kettle… etc.

The French get much of my sympathy though because too often the #MeToo testimonials were presented as individual anecdotes. With a woman as a victim and a man on the pillory.

A long repetition of manifestations only of the underlying and more structural problem that should be addressed instead, namely: the problem of inequalities and of power differences.

Plus the French get my sympathy while I’m personally very much apprehensive for #MeToo – as they phrase it: “…to repress sexual expression…”. The reason for this: I’ve already heard the Christen-Unie, a religious coalition partner here in The Netherlands, exclaim that “Sexual freedom has been declared sacrosanct for too long“. And I’ve already read that in Sweden they are deciding upon legislation about explicit mutual (verbal) consent in cases you want to have sex, which is not un-logical in itself but also making things very very complicated and hygienic as you need a written statement or a recording, a signed contract…

We should not want to eradicate all the magic from life.

And, to elaborate just a bit more about why I tend to the French; while I identify very much with one of the initiators of the public letter, Abnousse Shalmani, a 41-year old French-Iranian who had to flee from Khomeini’s regime in the eighties and who wrote a book about the numerous eye-openers French literature offered her in her struggle to tear off the veil imposed on her in her youth: about how she learned to be a free woman thanks to the French authors who’ve never minced their words in describing life in all its varieties; from Collette and Victor Hugo to De Sade to Anne Desclos – whose Histoire d’O alone of course is far more stylish and elegant and less one-dimensional than that recent 50 Shades of grey imitation that thus only came out more than 60 years later.

Why shouldn’t we listen to her too when she says: “We do not dismiss the many women who had the courage to speak up against Weinstein. We do not dismiss either the legitimacy of their fight. We do, however, add our voice, a different voice, to the debate.”

Sure, one should always listen to various Goddesses; in this case to both Athena and Aphrodite: the latter the goddess of love, sex, seduction and beauty, holding great power over gods and mortals alike and who is not only the provoker of love, but indeed also the victim.

But more about that in my next blogs!

Read Part 2: About protestant anglo-saxon vs. contintental european sexuality and why the latter is more fun
And Part 3: Plead for more seduction (and less hatred and hysterical confusion about victimhood and feminism)