Let’s be clear: Sexual abuse in any form directed at women is about power, and the only criteria necessary to be on the end of it is being female. From racism to sexism, as the expansive #MeToo takes off, it’s clear that women – no matter their shape, perceived attractiveness or position – are seemingly never free of potential harassment by men. As are so many boys, girls, gay people and others… 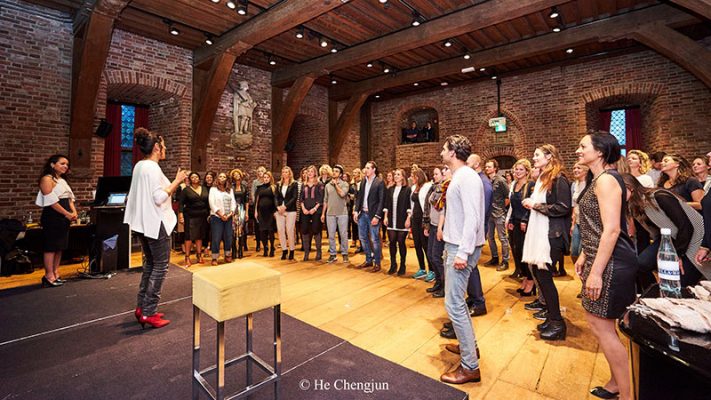 For many women, the issue of abuse in the workplace strengthens the argument they require ‘special treatment and protection’, rather than addressing abusers and their behaviour. More laws and more special courses karate…

This ignores all intersectionality with men. This ignores even love and compassion. It’s like these women have forgotten that the older generations paved the ways for them. And that with the rights they’ve gained have come the responsibilities. (Like indeed slapping male harassers in the face the very moment they make a pass, and immediately calling a lawyer to help avoid you lose your position – lawyers for whom the earlier generations of feminist have fought, thus readily available now, and know their stuff by now).

Let me refer to another interview with Fay Weldon, now with the Sunday Times. Weldon here puts it even more bluntly: “Women today act like victims… Feminism was necessary in the 1970s because men were so awful. By the end of the 1980s men had realised what was going on and, to their credit, changed. But women didn’t change and went on being victims.”

Here she also claimed that men work harder than women: “Men invent things: if this were an all-woman society, we wouldn’t have television (and social media for that matter ????, my addition). We’d have lots of nice cushions.”

I do not necessarily agree with Mrs. Weldon here, but men created most of the legal system too: while quite different from the court of public opinion, it offers principles and reasoning that we can use to evaluate each case as it flares.

The principles of civil law, which are intended to make victims whole and ensure that no one profits from wrongdoing, can offer useful guidance about what is fair, and what is necessary.

Meanwhile, the old norms of gender roles and hierarchies obviously have far from disappeared, despite the old generations of feminists and the newer, and may conflict more and more with new demands for accountability.

Not only because of this #MeToo-thing women can become pretty paranoid and Victorian. While so many already have difficulties in accepting normal compliments about, say, their hair, their beautiful legs, their dress. ‘Maybe he means something else…’

And there you go, projecting your own uncertainty on men, blaming them for.. uh, well, your uncertainty?!

In Arabic we say ‘Women are the flowers of life…’ And yes, flowers attract bees… The more evolutionary advanced flowers decide how many bees they welcome… When and how. The surplus they might just poison…